Below is the next “Scratch the Surface” EJ Podcast. EJ has as his guest today Jordan Klepper.

EJ met Jordan Klepper some years back in Chicago. He knew him as a hilarious improvisor. 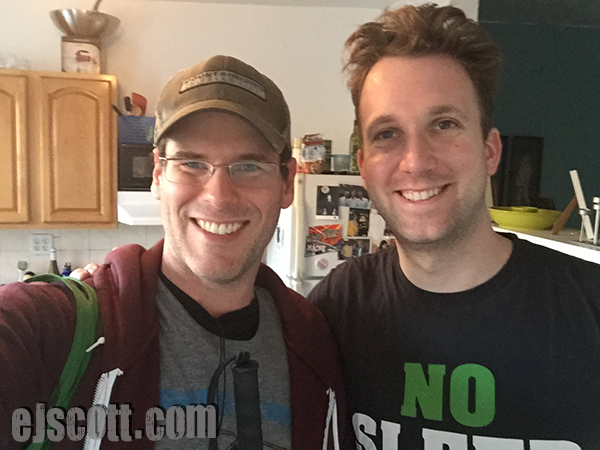 Now Jordan’s a hilarious on air correspondent for The Daily Show on Comedy Central with Jon Stewart.

Below are two videos with Jordan from The Daily Show:

In light of recently revealed security breaches at the White House, Jon Stewart turned to Senior White House Correspondent Jordan Klepper for an in-depth report about the current state of the building’s security during Wednesday’s “Daily Show.”

Newcomer correspondent Hasan Minhaj argues that the use of gestation crates is inhumane, but Jordan Klepper believes that all pigs should face in one direction.

THE PODCAST WITH JORDAN KLEPPER

Ej and Jordan talk about: