This True Blood poster was signed at Comic Con 2011 by many of the True Blood cast members and EJ Scott is giving it away by choosing a person who has donated on his Crowdrise site.

A winner will be chosen at random on July 1, 2013. You can enter as many times as you like until then. $10 = 1 entry. And, EJ’s girlfriend, Deborah Ann Woll (Jessica) will match the amount raised that will be contributed to the charity, the Choroideremia Research Foundation. The poster was signed by the panel attending Comic Con 2011 including Alan Ball, Anna Paquin, Stephen Moyer, Alexander Skarsgård, Nelsan Ellis, Ryan Kwanten, Kevin Alejandro, Kristin Bauer, Deborah Ann Woll, and Rutina Wesley.

Please tell your friends and family about this awesome giveaway. FREE SHIPPING WORLDWIDE!!!

Go to this site to make your donation to win the Giveaway: crowdrise.com 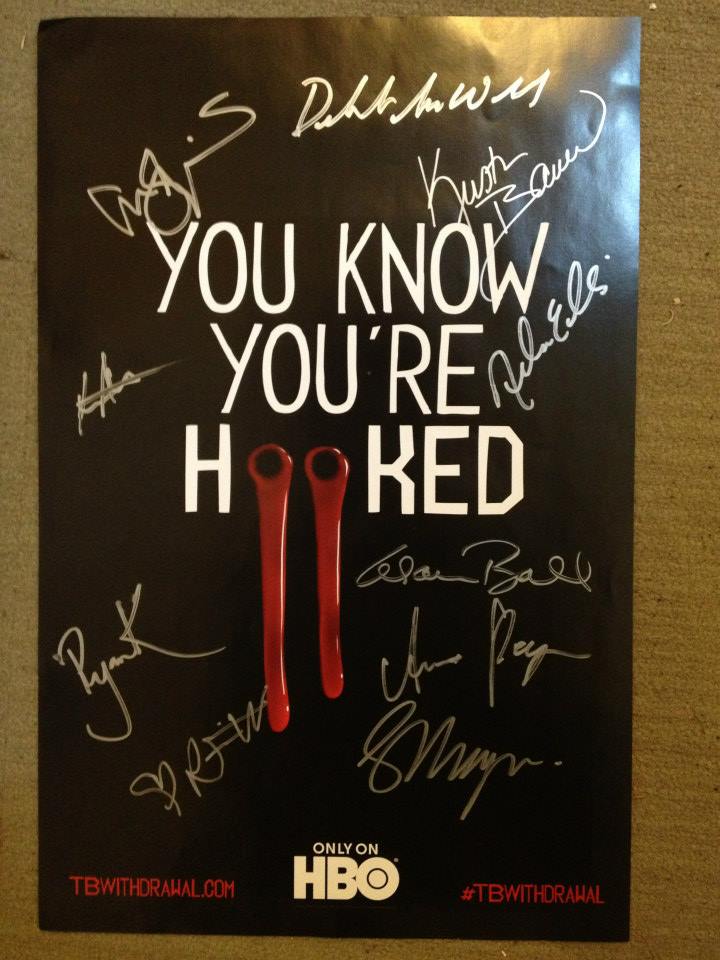