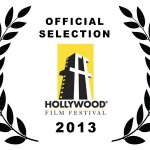 The documentary about EJ Scott’s 12 marathons in 12 months in 2012,”Running Blind” is having its official LA premiere this Sunday, October 20 as part of the Hollywood Film Festival. The event will take place at the wonderful Arclight Cinemas in Hollywood at 3PM, and Ryan Suffern, the director will be on hand for a Q&A following the film (EJ will be in Indianapolis for our screening that day at the Heartland Film Festival).

We hope you’ll all come out and thanks so much for your support.