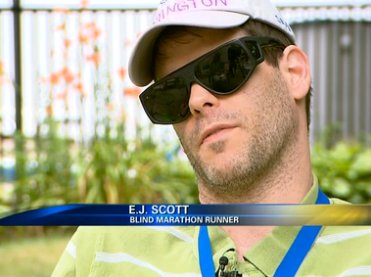 E.J. was raised in Melville, and is running in 12 marathons this year in order to raise money and awareness for a rare eye disease that he shares with his family. He has already ran two marathons.

In the video, EJ says he decided to run 12 marathons in 12 cities with the hope of getting 12 times as much publicity.

To watch the video, click on the image below: