A very kind man named John who makes the boots that the TRUE BLOOD people wear on the show has offered, for this auction and for this cause to donate these boots.

These are the same style of boot worn by  Alexander Skarsgård and Deborah Ann Woll on True Blood!

A True Blood fan can own a pair of their very own True Blood boots in their size!

And, that’s not all: 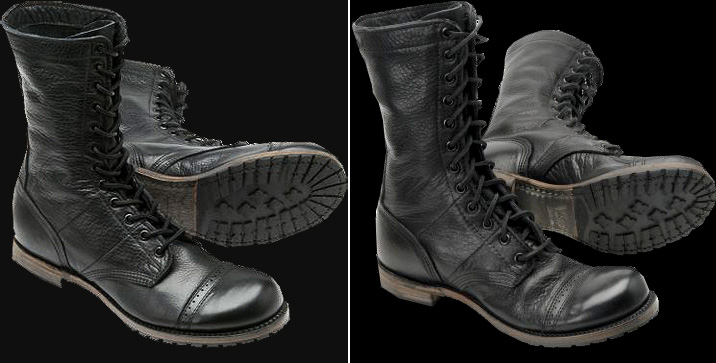 HH Brown/Vintage shoe company.
The NATHANIEL boot that Alexander Skarsgård wore for most of the 5th season
The women’s MOLLY boot is the one Deborah wore to the witch war 4th season.
The auction winner will not get the actual boots, but the same version.

The money paid to win this item will go to the Choroideremia Research Foundation. Choroideremia is an eye disease that causes blindness. I have it, my brother has it and my 7 year old nephew has it. I am running 12 marathons in 12 states in 2012 BLINDFOLDED in hopes to raise awareness and funds for a treatment and eventual cure. I am trying to raise an average of $12,000 per marathon. The money from the ebay items will be going towards that goal.

Hurry on over to EBay and bid:

By the way, please also consider giving to The Choroideremia Foundation by donating using the button below: