Below is the next “Scratch the Surface” EJ Podcast. EJ has as his guest today Amber Benson who is best known for her portrayal of Tara Maclay on “Buffy The Vampire Slayer.” 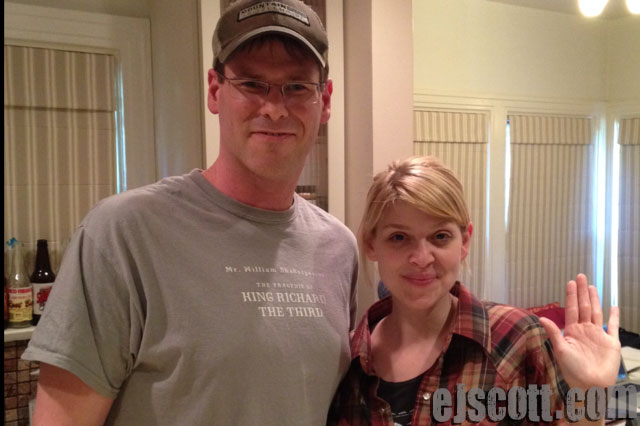 Amber Benson may be best known as Tara (the lesbian witch) on Buffy the Vampire Slayer, but she has been acting professionally for over 20 years and has racked up quite the resume. As well as being a writer (screenplays, novels, comics), a director of films, a dancer, a singer. We talk about

We also talk about

Below are photos of Amber signing some items to be auctioned off for charity, so be sure to look for these items in future auctions on EBay. However, EJ tells us that the signed box set is not for sale.