Below is the next “Scratch the Surface” EJ Podcast. EJ has as his guest today Karolina Wydra who played Violet in the last two seasons of True Blood. 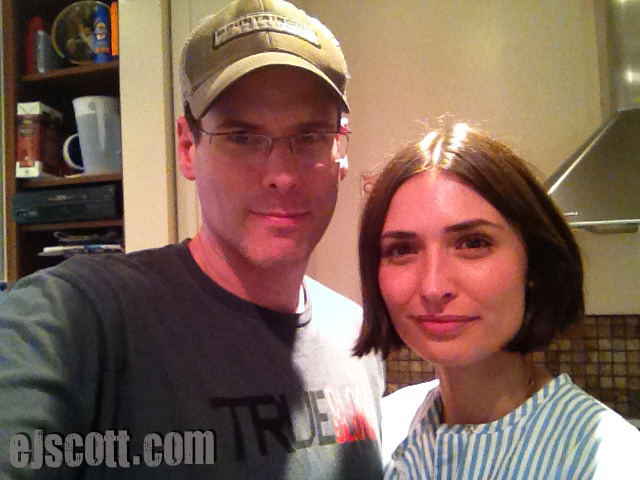 Below are two photos Karolina shared with EJ.  The photo on the right we censored a bit…..use your imagination to figure it out.

Ej and Karolina talk about:

Watch Karolina with George Clooney in this Nespresso Commercial: