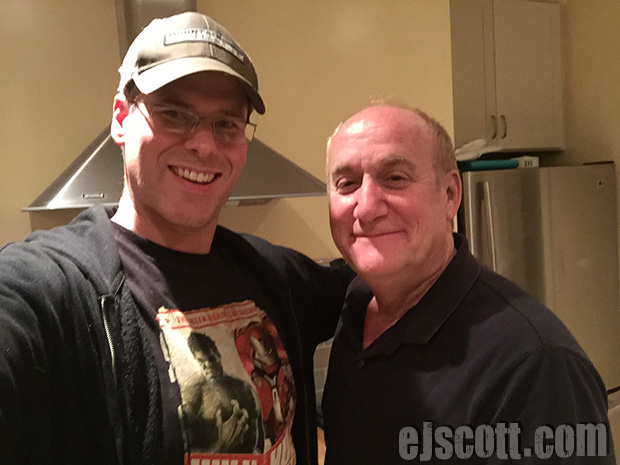 Below is the next “Scratch the Surface” EJ Podcast. EJ has as his guest today Jeph Loeb.

Jeph Loeb is a multi Eisner Award Winning comic book writer that has transitioned into one of the most important guys at Marvel. He runs the television department. He was kind enough to come to my house and talk with me for a couple of hours while I nerded out that Jeph Loeb was in my house! He’s written legendary stories about Daredevil, Wiolverine, Batman, Hulk, Spider-Man, Superman, the list goes on and on. He got his start in writing by writing screenplays, specifically Commando and Teen Wolf.

Ej and Jeph talk about: