Below is the latest “Scratch the Surface” EJ Podcast. EJ has as his guest today True Blood’s Joe Manganiello who is best known for his role as the werewolf, Alcide, on HBO’s TRUE BLOOD.

During the podcast, Joe talks with EJ about growing up in Pittsburgh, his fear of his intimidating and “tough as nails” father, the divorce of his parents and how that affected him. He also discusses his relationship with his parents, and growing up awkward looking, with bottle thick glasses, ears that stuck out, and a bunch of fake front teeth due to getting hit in the face by a baseball bat.

They further talk about Joe’s new production company “Banner 359” and where that came from, his book “EVOLUTION,” about working out and getting healthy, his upcoming documentary that he produced and directed, “La BARE,” his troubles with alcoholism and his triumph of staying sober for over a decade, and of course TRUE BLOOD and how he got the role of Alcide.

EJ says that it was a great talk that he looks forward to continuing in the near future. 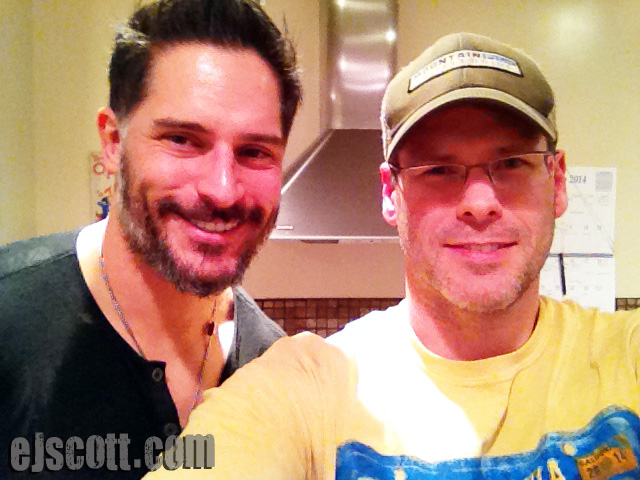 Joe donated some items which EJ plans to auction off in February for his charity, Choroideremia.  Below are photos of the items: