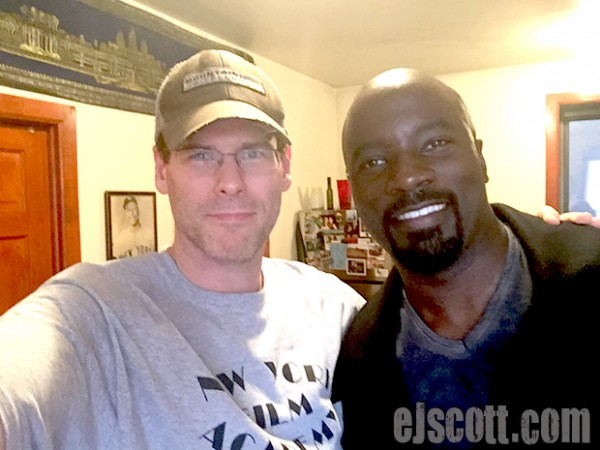 Below is the next “Scratch the Surface” EJ Podcast. EJ has as his guest today, actor MIKE COLTER.

Mike Colter is an actor who has been seen on “The Good Wife,” “The Following” and “Million Dollar Baby” and joins EJ for the first time on Scratch the Surface for his first podcast published in the new year.

Ej and Mike talk about:

AND, PLEASE HELP EJ ACCOMPLISH HIS AMAZING GOAL FOR 2016 of running in 7 Marathons in 7 Continents in 2016!

At the moment EJ could use your help to run in the London Marathon in April. for Victa Children, (on Twitter at: @VICTAChildren).